Listen to “Her” (Acoustic) here.

Originally presented on Chaffins’ debut album Some Things Won’t Last, “Her” was received with critical peer and fan acclaim as both a full-production sound track and as a music video. The release of the acoustic version of “Her” is the first in a series of acoustic tracks Chaffins will release in 2020.  All songs are alternate versions of tracks from Some Things Won’t Last  (released February 21, 2020, via EMPIRE distribution).

“Her,” penned by Chaffins, is a journey through the emotional rite of passage from true love to loss.  The purity of sound in the acoustic version, along with the conversation between Chaffins’ upright bass and Some Things Won’t Last producer Ethan Ballinger’s (Lee Ann Womack, Aubrie Sellers, Andrew Combs) acoustic guitar, highlights the melody and the words.

”It’s as if we took one shade of color from the original studio version and focused on it really tight,” Chaffins said.

“Though it is a dream to record with string sections, big-room sounding drums and layers of sound, I love when you can break things down to its purest form” Chaffins said.  “Recording ‘Her’ was really all about capturing a performance.  We didn’t even use headphones when we were recording. I’m excited for this version, which has completely different lighting, to be heard.”

The acoustic version of “Her” is not just the normal stripped-down song featuring guitar and vocals.  Instead, it is presented with a unique interpretation between instruments and vocals, creating a new degree of intimacy, of emotion, of genuineness – that takes the listener to new feelings yet to be explored.

“Her” was recorded at the now-closed Southern Ground Nashville Studio with just Chaffins, Ballinger and their instruments and engineer Brandon Bell (John Prine, The Highwomen, The Wood Brothers) in the control room.

Chaffin’s next release in his acoustic track series is scheduled for mid-summer.

ABOUT “HER”:  Written by Adam Chaffins, “Her” was released as a single August 23, 2019, before being released as a part of Chaffins’ debut solo album, Some Things Won’t Last, in February 2020. The official music video for “Her” was exclusively premiered by Billboard in November 2019 and then garnered positive fan interaction by being voted in the CMT Music 12-Pack Countdown for eight consecutive weeks, landing the No. 1 slot on Feb. 21, coinciding with release of the album.  Watch Chaffins’ official music video for “Her” here.

ABOUT ADAM CHAFFINS: Born and reared in Eastern Kentucky, Chaffins is an established fixture of the Nashville music scene, recognized for his songwriting, his vocals and his musical artistry.  His debut album, Some Things Won’t Last, was received with critical praise.  He is a multi-instrumentalist, singer, and songwriter who has written, recorded, and performed with bands such as The Deadly Gentlemen, and Town Mountain. An in-demand studio musician working with producers like Buddy Miller and Dave Brainard, Chaffins also won an SESAC songwriting award in 2013 for his work with GRAMMY award winning group, The Infamous Stringdusters.
For more information on Chaffins, visit: AdamChaffins.com / YouTube, Instagram, Twitter and Facebook 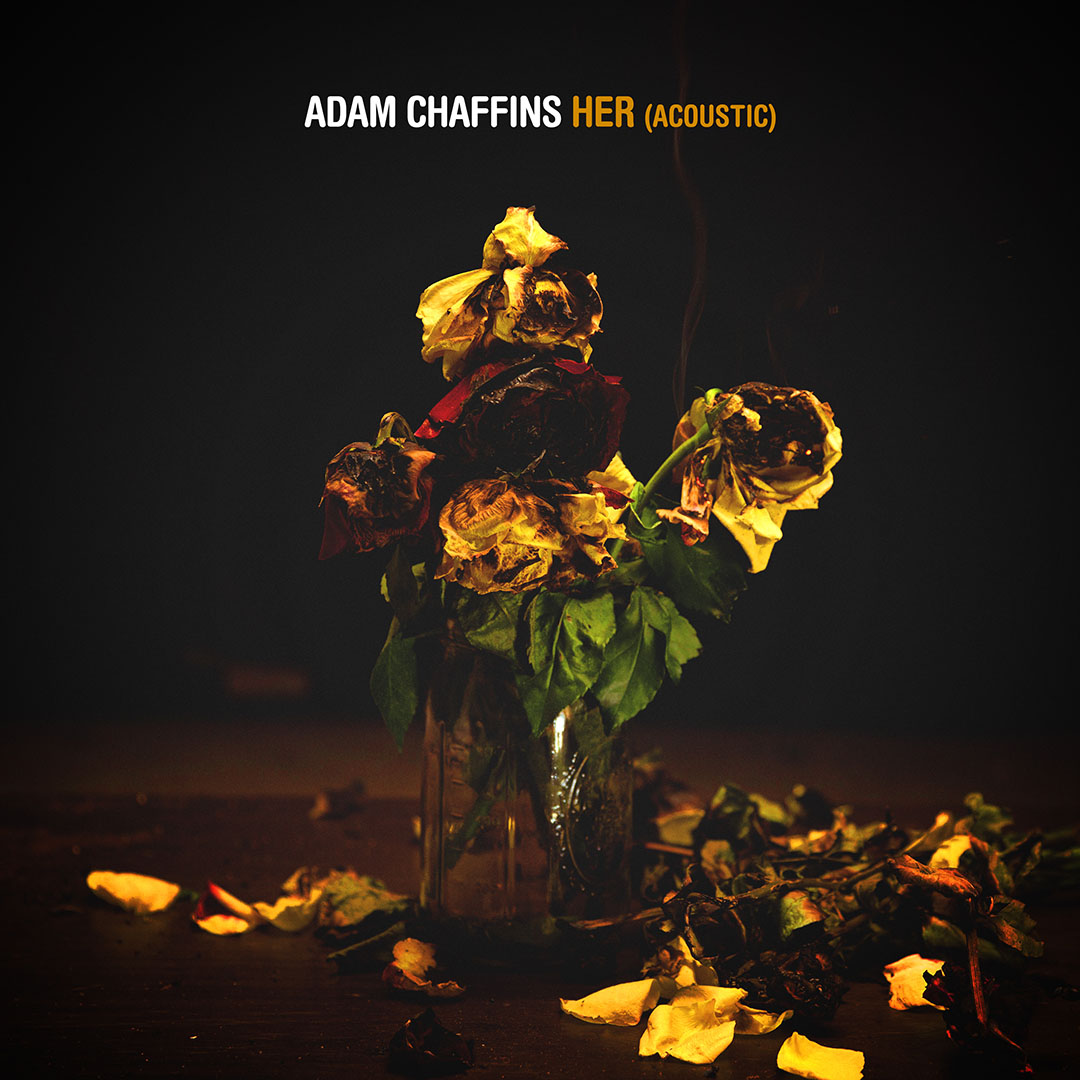