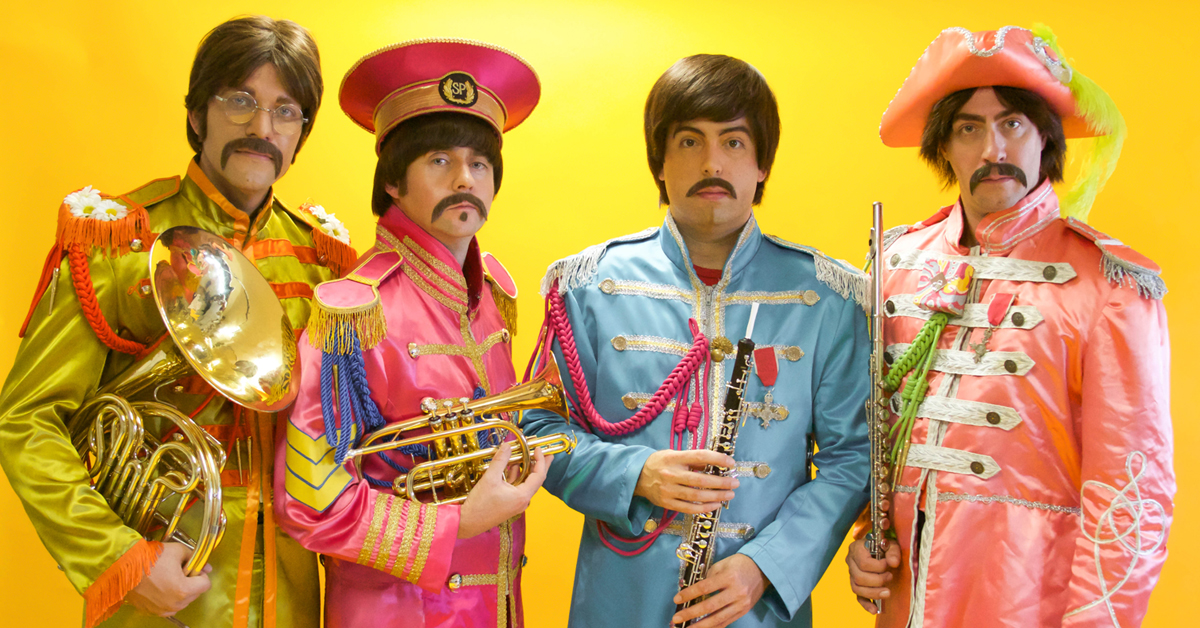 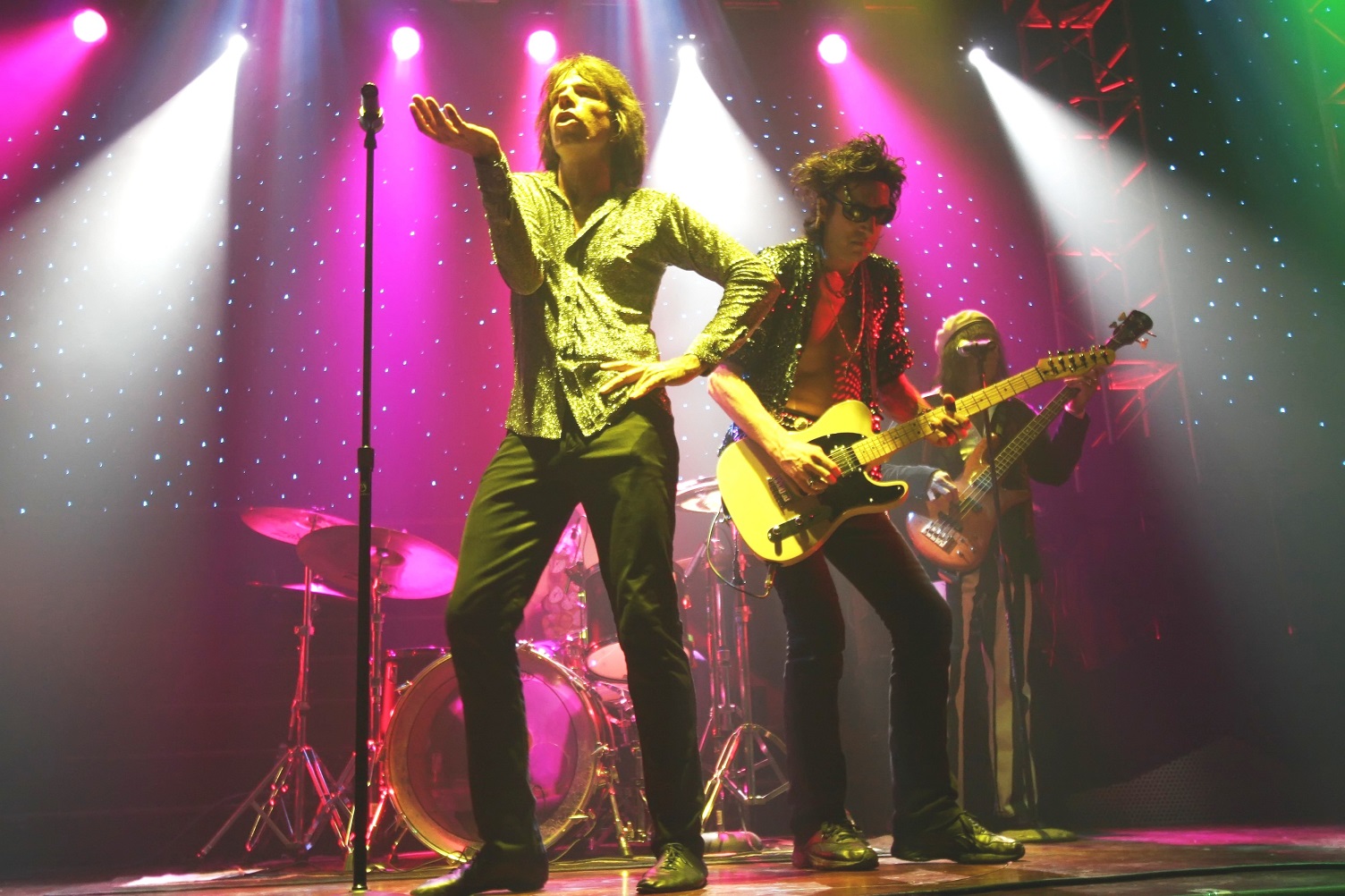 PRESTONSBURG, KY (9/25/20) For decades, the battle has raged: Beatles or Stones? Through their heyday, fans accused London’s Rolling Stones of stealing ideas — even entire albums – from their Liverpool counterparts. At the same time, the Beatles secretly envied the Stones’ “bad boy” image and attitude, often copying their style. Both bands are unmistakably great, scoring an array of hits that changed musical history, but only one can be the best. The most infamous rivalry in rock and roll never played out in a public arena until now as Beatles vs. Stones – A Musical Showdown comes to the Mountain Arts Center on Thursday, October 15 at 7:30 pm.

The venue requires that patrons wear masks and has reduced seating capacity by 50% to comport with socially distancing guidelines. Mountain Arts Center’s COVID protocols are listed below.

Will the Stones be yelling for “Help” to fight the songwriting prowess of Lennon/McCartney? Or will the Beatles cry “Gimme Shelter” from the relentless sonic barrage of Jagger/Richards classics?

While fierce competition fueled the creative output of both bands during the 1960’s, tension between the tribute performers is equally palpable.

“The Beatles cornered the rock market on cute suits and fluffy hairdos, but then they stood still on stage and modeled them,” that according to Chris LeGrand, who plays a dead ringer for Mick Jagger in both swagger and ability.

“The Stones rocked the stage, and worked as hard as the bluesmen they modeled their stage show after, generating the smoldering sexuality that came to be a hallmark of great rock-n-roll acts. The Beatles? Well, they were cute! The Stones were the original punks, outsiders at best. Beatles took tea with the bloody Queen–how rock-n-roll is that?!”

As for the Beatle response? “We got our Sgt. Pepper jackets made a little long so the Stones would have no problem riding our coattails!” Mocks drummer Axel Clarke as Ringo. “That Mick Jagger sure can move! It’s a shame he has to work twice as hard to be half as good!”

Would you let your daughter marry a Rolling Stone, or your son come home with a Beatle haircut? This ultimate battle of the bands pits the mop tops against the bad boys. London against Liverpool. Guitars will weep and dice will tumble, and in the end, when the whip comes down, only one band shall emerge victorious. Whoever wins, the audience is sure to be dazzled by an “electrifying show” (O.C Register), with fantastic music, iconic wardrobe and spot on performances down to the onstage banter, missed notes and flubs heard on the original records.

Members of both nationally touring tribute bands, Abbey Road and Satisfaction – The International Rolling Stones Show, have taken great care to recreate the experience of seeing these incredible bands live so as to please casual fans and purists alike. That ‘All You Need is Love’ spirit appears to be lost on Messrs. Legrand and Clarke, who continue trading barbs. “The Beatles wrote Let It Be, but the Stones countered with Let It Bleed!” snarls Chris.

“Listen, mate,” counters Axel. “The song John and Paul gave to the Stones (‘I Wanna Be Your Man’ in 1963) was one they let Ringo sing…that says it all!” Ouch.

Beatles or Stones? You decide!

Calendar: The two greatest rock ‘n’ roll bands of all time face off as the Mountain Arts Center hosts tributes to the Beatles and the Rolling Stones. Renowned tribute bands Abbey Road and Satisfaction – The International Rolling Stones Show engage in a musical showdown of the hits. Beatles vs. Stones – A Musical Showdown comes to the Mountain Arts Center on Thursday, October 15 at 7:30 pm. Tickets are $25 – $45 and may be purchased by phone at (606) 886-2623, at the Theatre Box Office or online at www.macarts.com. Discounts are available for students, seniors, active military and groups. The Box Office is open Monday – Friday from 10 am – 6 pm and one hour before shows. The show is appropriate for all ages. The Mountain Arts Center has full COVID protocols and socially distanced seating in place. Masks are highly recommended. The Mountain Arts Center is located at 50 Hal Rogers Drive, Prestonsburg, KY 41653.

And here is some information about the Mountain Arts Center’s COVID Protocols:
All employees are required to wear masks.
All patrons that enter the building are required to wear masks.
We do temperature checks on every employee and patron.
We have hand sanitizer stations in the lobby, at the Box office, each corridor leading into the theater on both sides, and inside the theater.
In each restroom, every other sink has been blocked off.
In the men’s room, every other urinal is blocked off.
The two smaller restrooms in side hallway are not in use.
After each event or meeting, the designated part of the building that was in use is sanitized with a sprayer using Covid-19 approved cleaning supplies.
We have all the correct signage that has been approved by the Floyd County Health Department in regards to masks, hand washing, and forbidding gatherings in the lobby.
Our theater is limited to 50% capacity.
We are limiting each of our meeting rooms to 50% capacity.