Two artists from right here along CMH23 have made The 20 Best Country & Americana Albums of 2019 according to Paste Magazine! 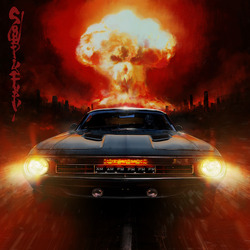 Sturgill Simpson comes in at number 12, with his album “Sound and Fury“.
According to Paste Magazine:
“Sound & Fury is a brute strength record, full of needle-in-the-red guitars and vocals pushed to the edge of distortion, and sometimes past it. There has already been a lot of buzz about how this is Sturgill Simpson’s “rock” album, which is true enough, but it also misses the point: Though his 2014 breakthrough Metamodern Sounds in Country Music pegged him as a latter-day country traditionalist, Simpson was neck-deep in blues and soul on A Sailor’s Guide to Earth. It’s more accurate to say that while ’70s-style outlaw country music was a starting point for Simpson, he’s not willing to let it box him in for the sake of other people’s expectations. In fact, he seems to enjoy upending expectations. In that regard, Sound & Fury succeeds. If there’s an overarching theme, it’s that these 10 songs are loud to the point of blaring, and Simpson loads them up with musical touches from other styles and eras that are so prominent that he might as well be pouring them over your head from a bucket. The thunderous guitar riff powering “Best Clockmaker on Mars” makes room in the bridge section for a keening synthesizer part right out of Dr. Dre’s early-’90s toolkit, while the fast, twitchy beat on “A Good Look” would have gotten club crowds moving in the late disco era. There’s enough of that kind of borrowing on Sound & Fury that you can almost play spot-the-homage: a Keith Emerson keyboard vamp here, maybe, or a Prince drum fill over there. —Eric R. Danton” 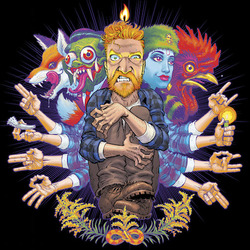 Tyler Childers hits in at number 8, with his new album Country Squire!
According to Paste Magazine:
“On Country Squire, Childers takes some of life’s grittiest moments—the stuff that’s defined country music for ages—and punches them up with humor and honky-tonk. The Kentucky native doesn’t change the formula he established on Purgatory, or even really freshen it up. He just applies those same sonic building blocks—scorching fiddle, relaxed mandolin, and lots of wheeze and funny little springy noises—to an even more realized story, one that stretches from Childers’ schooldays crushing on the “Bus Route” to hesitantly facing the big city on “Creeker” to writing love songs with a “Days Inn pen” in “All Your’n” (its amusing music video sees all those album art creatures come to life). Country Squire is Purgatory’s splashier sequel. And within itself, it makes for a very cohesive listen. Childers ropes you in and shares tales from a rocking chair, cracking jokes, romanticizing the good ol’ days, bemoaning the lonely life of a touring musician and holding your attention for a round, just short-enough 35 minutes. Childers is a different kind of bro-country. On Country Squire, his best release yet, he grapples with masculinity, family and the South in ways that feel entirely new, despite sounding really traditional. I’ll listen to his rocking chair tales any time. —Ellen Johnson”

Congratulations to both artists, and it is always great to see what Eastern KY has to offer the music industry! 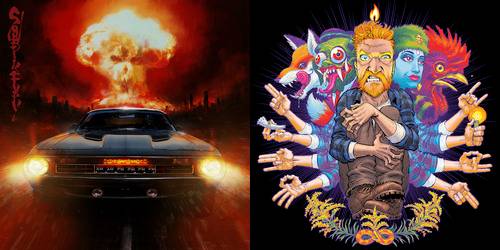